Knit a square and save a life

Meet Sandy McDonald, the good Samaritan who is warming the lives of orphaned African children by calling upon an army of knitters.

Knit one, purl one

Born in a hot African country, Sandy McDonald vividly remembers her mother encasing her with wool when she was young. It’s these childhood memories which have become a patchwork of her life’s events. Now, the self-confessed loving grandmother lives in Australia, but it’s her memories of Africa and wool that have spurred on a life of devoting her kind heart to those less fortunate.

“I left Zimbabwe in 1984 with my husband, two young children and $600,” Sandy recalls. Despite leaving to start the next chapter of her life, Sandy says burnt into her mind, as a child, was an image of a tiny child walking totally alone in the pouring rain.

During a visit to Australia, her South African aunt, Ronda Lowrie, mentioned one of the many basic problems for orphans in South Africa was a chronic shortage of blankets, especially at altitude in the cold winter months. She explained she regularly handed out blankets to cold children on the side of the road at night.

“In Sub-Saharan Africa a child loses a parent every 15 seconds,” says Sandy. “It’s statistics like this that gave me the burning desire to make a difference to the lives of children.” 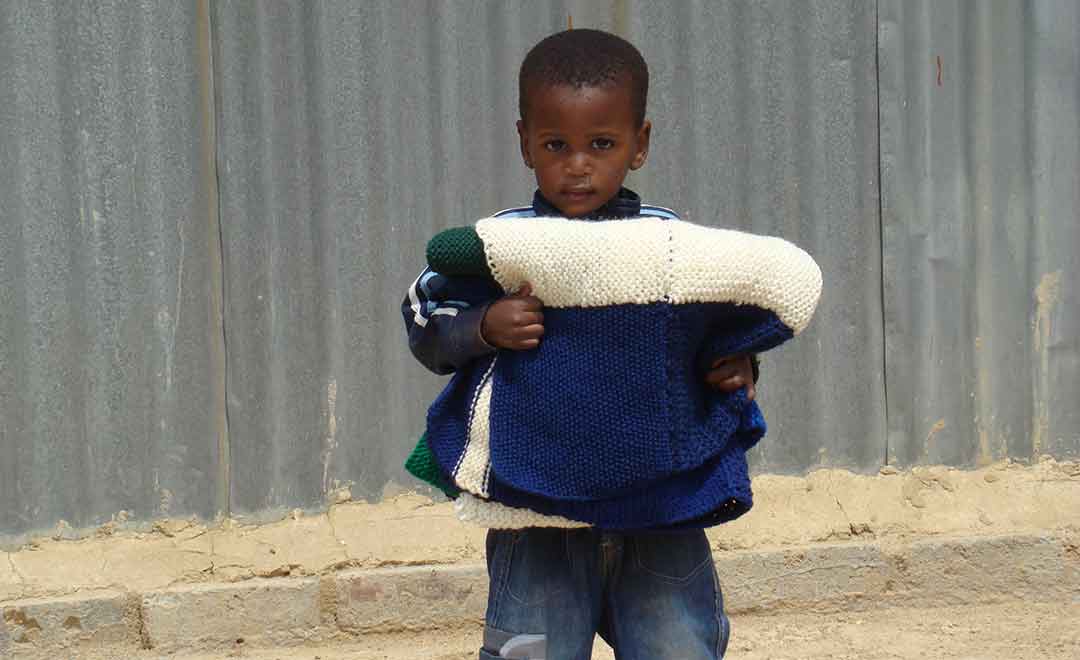 With fond memories of wool, and now residing in Australia – the home of Merino wool – Sandy’s conversation with her aunt tugged at her heart strings. She called upon the knitters and crocheters of the world to knit standard 8”/20cm squares and send them to Ronda in South Africa. There, volunteers would make them up into blankets for distribution to these children. The idea for www.knit-a-square.com was born.

“At first, a few parcels arrived,” said Sandy. “Then the biggest

yarn manufacturer in the USA wrote an article about it. Then there was a deluge (of parcels). We received more than 1 million knitted squares, which Ronda and her team have done an amazing job sorting, sewing and distributing as blankets to warm the children.” 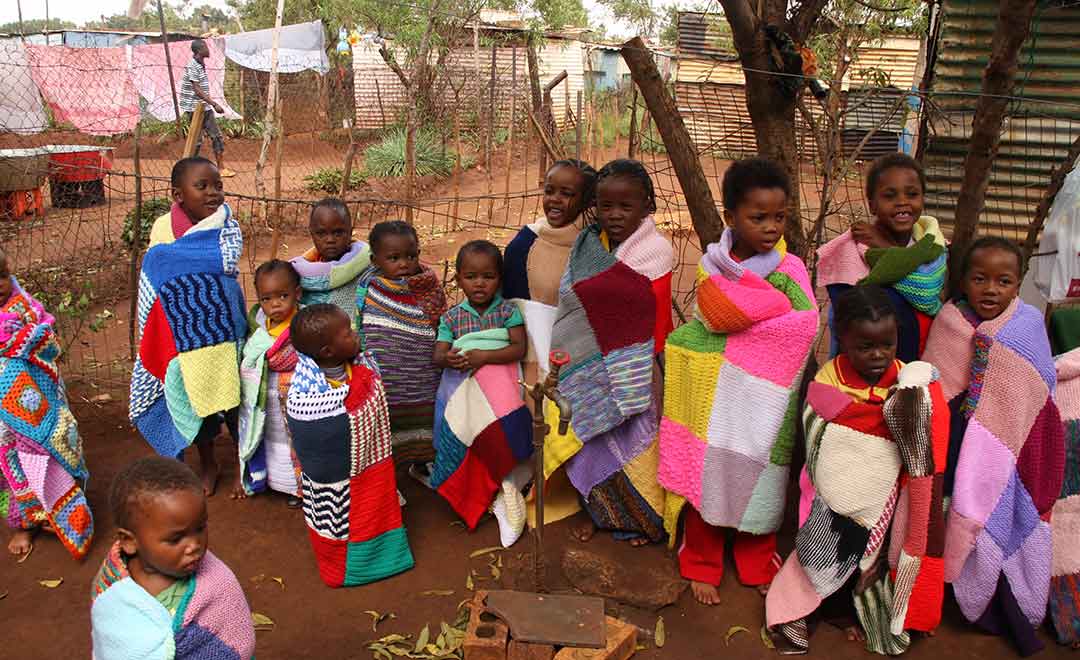 Sandy founded the Australian charity KasCare, so that work at the intersection of creative endeavour and raising awareness of the plight of some 25 million orphaned and abandoned children could continue.  While Knit-a-square is KasCare’s primary program, they also work with Australian schools through their program KasKids, which aims to teach the children to knit while creating compassion among young people for those less fortunate than they.

Whilst many-a-knitter finds the simple act of knit one, purl one, therapeutic, this form of meditation benefits more than just the knitter’s mind. By knitting with Australian wool, which so many do, you’re supporting the tens of thousands of woolgrowers who devote their life to the land to continue the production of this natural, renewable and biodegradable fibre. 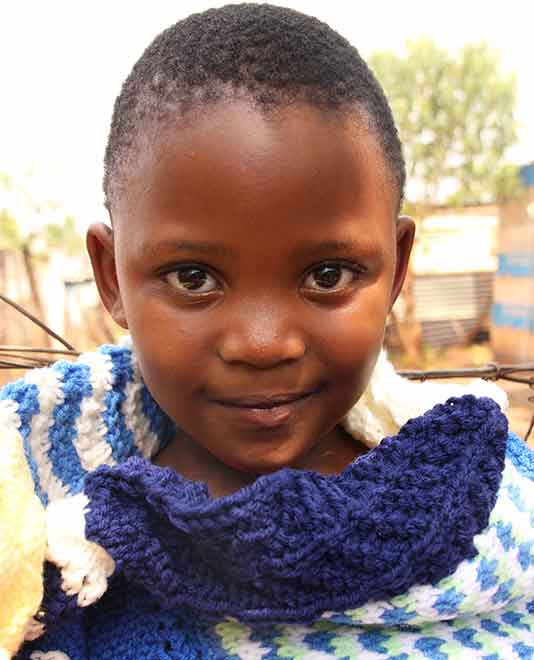 “The texture, the feel,” Sandy’s face lights up when asked why she loves wool. “It is so warm. Wool is warm. And the notion of wrapping somebody in a warm woollen blanket is just so pleasurable.

“There are only so many hats, scarves and blankets we can knit for ourselves and our families, so after that you might as well knit for people who desperately need it, to send to Africa and warm a cold child.”