HRH Prince of Wales Explores the latest in wool

Former International Woolmark Prize finalist label J KOO has collaborated with The Woolmark Company for its fall/winter 2018 collection, unveiled this week at Seoul Fashion Week in the South Korean capital. Headed by Jinwoo Choi and Yeonjoo Koo, after whom the label is named, J KOO was established in 2010 following the designers’ graduation from menswear studies at Central Saint Martins. Here, the designers gained valuable insight into traditional British men’s tailoring techniques, a style which has permeated their womenswear collections to date. Indeed, J KOO has become known for its contemporary take on classic suiting.

This aesthetic is evident in the latest collection, which the designers explain is a fusion of feminine and street styles. “Wool,” the designers said, “plays a key element in this collection, and what we really wanted to do with the fibre was to show its versatility beyond the traditional.” While traditional pinstripe wool fabrics are used throughout the collection, giving it a masculine edge in the tailored garments, the construction and styles add a sense of lightness, particularly when paired with lace and lightweight jersey. A-line shapes, curvature in cuts and collage applications are central to the design ethos of this collection, too, further adding to its modernity, such as with the rounded cuffs of a blazer, or the extreme flare of its matching trousers. 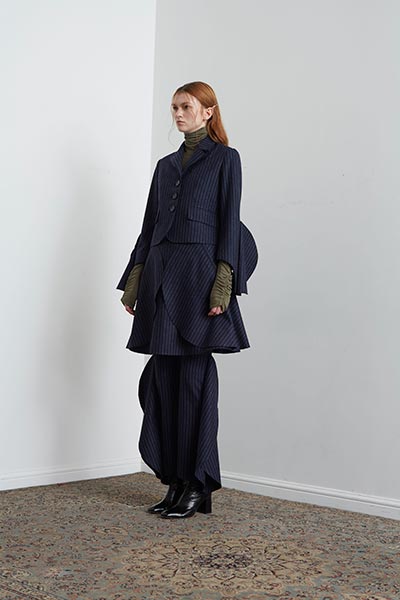 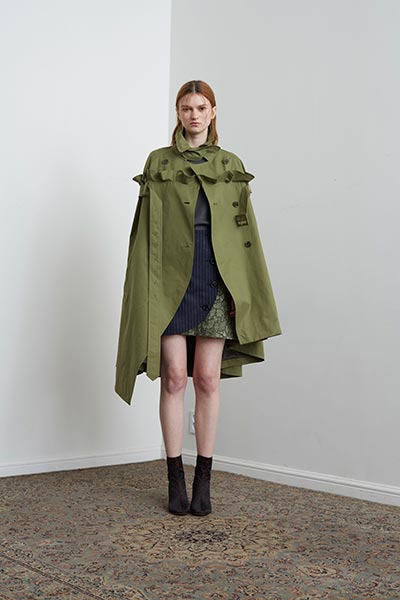 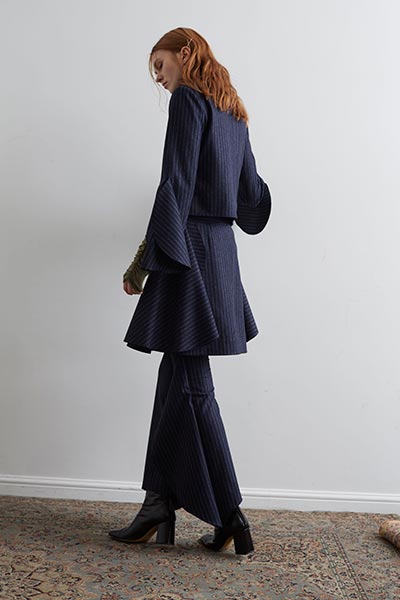 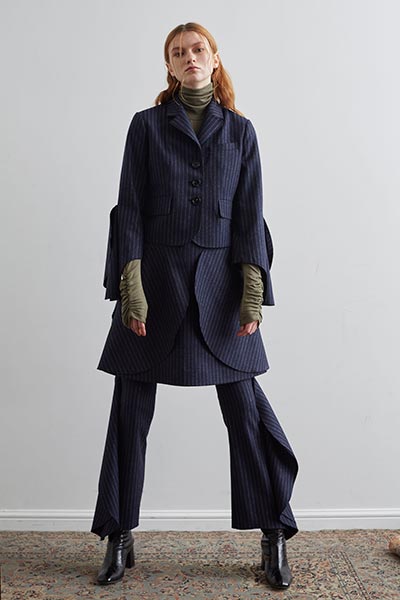 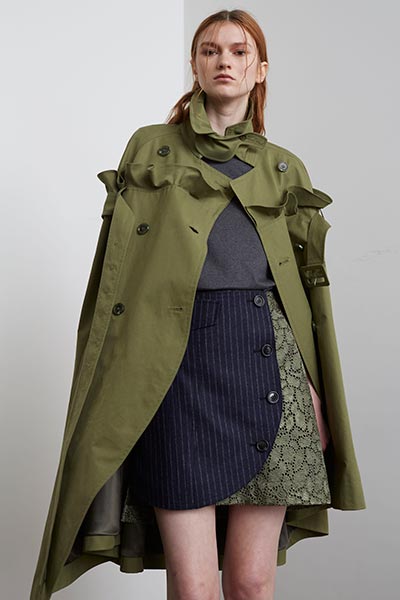 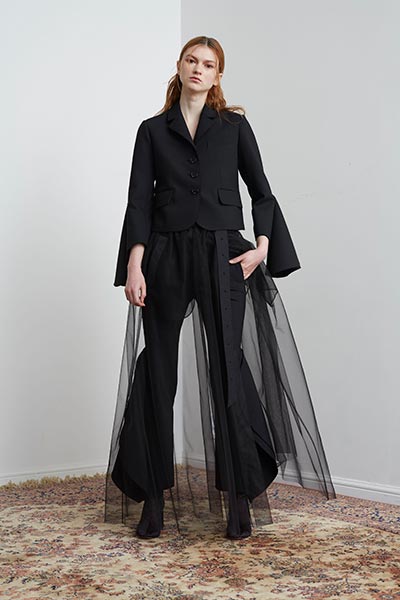 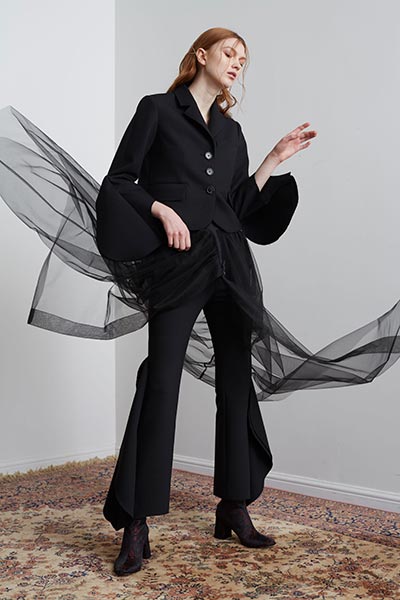 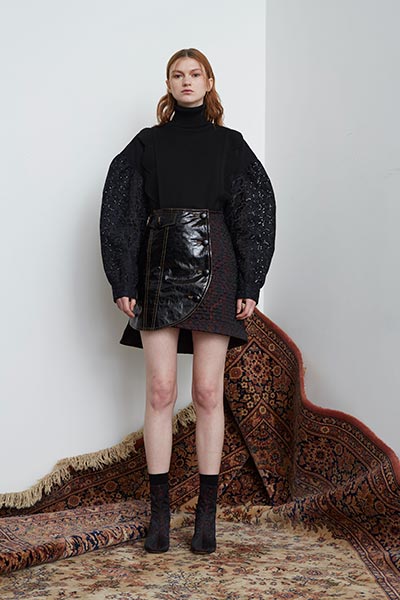 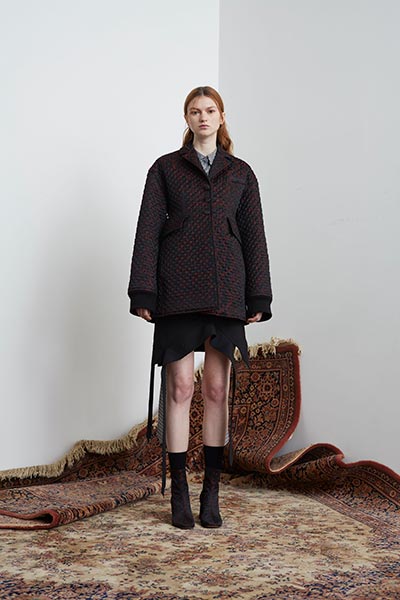 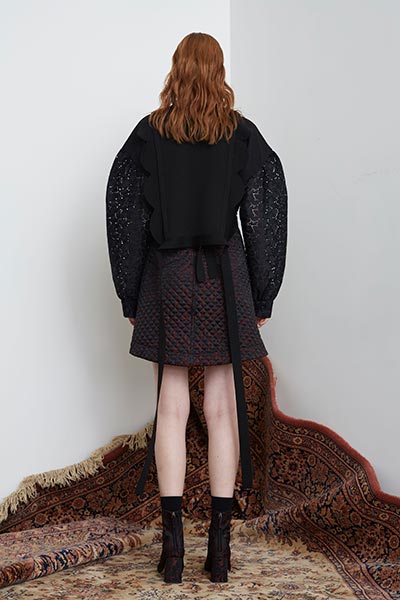 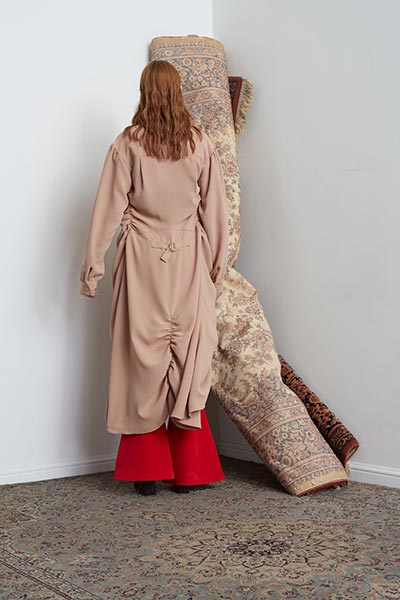