For his autumn/winter 2016 womenswear collection, presented as part of London Fashion Week, British designer Sir Paul Smith looked to his archive – both that of his namesake brand as well as his personal wardrobe – presenting tailored looks with quirky, colourful updates and finishes. Showcased at the Royal College of Physicians, a spectacular Modernist building in London, and reflecting the modern architecture which possessed the mind of a younger Sir Paul, highlights included a series of formal wool coats with raglan sleeves and rounded shoulders; oversized wool tailoring, such as double-breasted suiting, featuring a coloured stripe down the side, a technique employed in the recent menswear collection; wool trousers shaped like bicycle breeches from the designer’s own wardrobe; colourful wool knitwear; and paisley applique used throughout as a decorative feature. The resultant aesthetic nods to historic the British subculture of New Romanticism, but is contemporaneously innovative in its construction and finishes, making it relevant for the modern wearer. 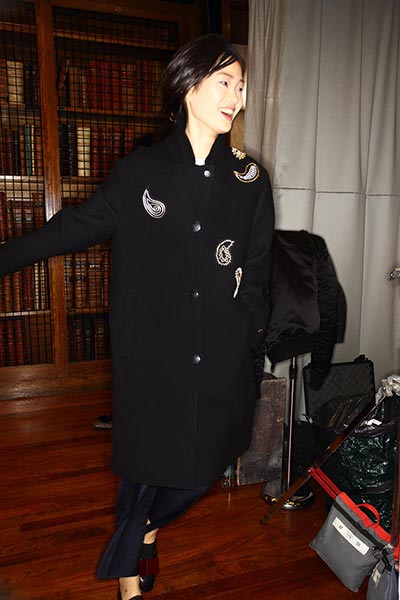 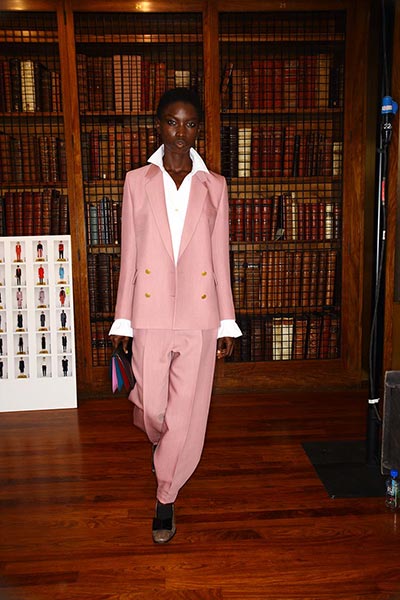 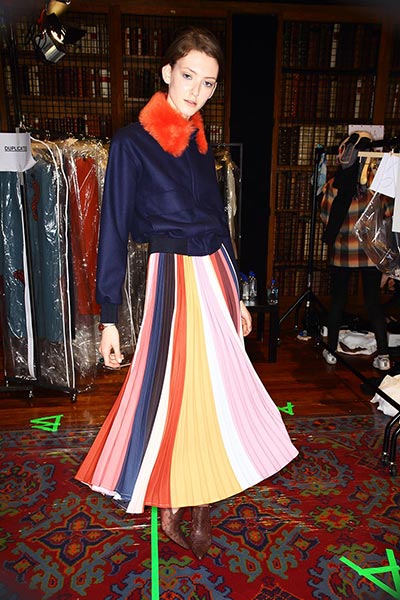 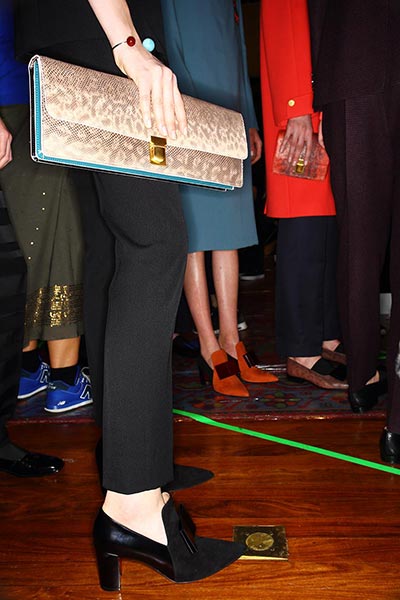 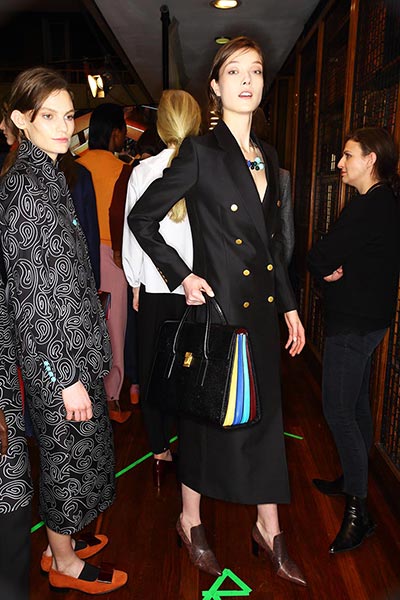 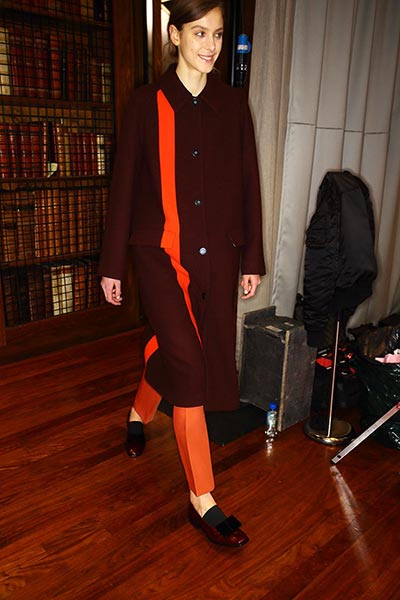 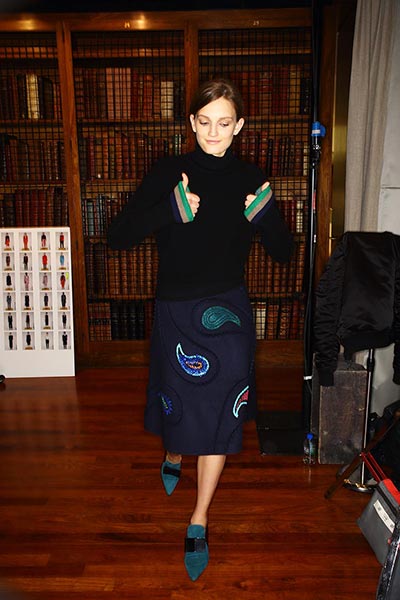